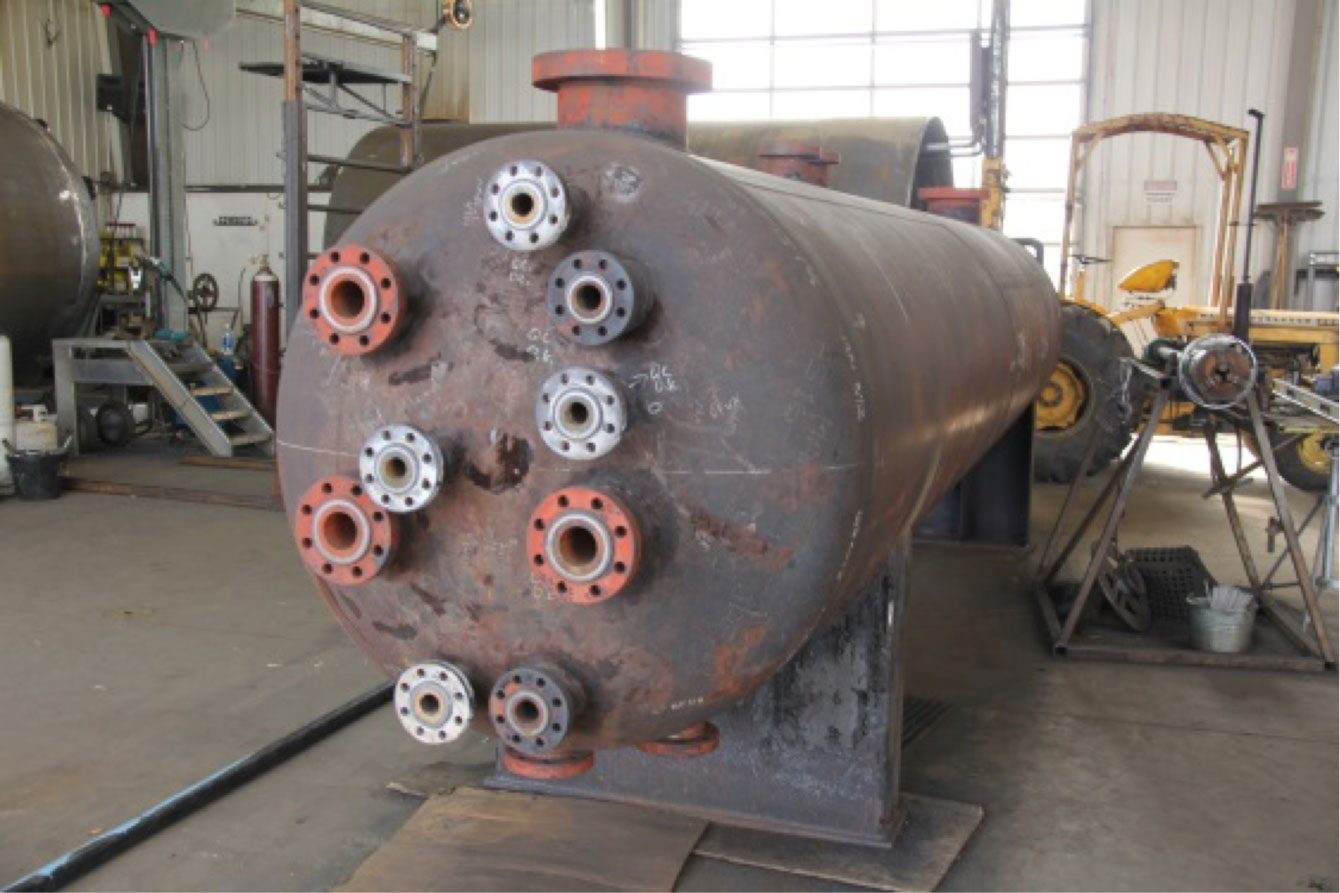 WRC Bulletins provide simple calculations for single-scenario welding designs to easily comply with regulatory codes. This blog provides some guidelines on WRC 107/537 and WRC 297 calculations and how quality control managers can use them in their pressure vessel and piping designs. This blog will also demonstrate how you can use finite element analysis (FEA) to validate your WRC calculations.

WRC 107 was one of the first WRC bulletins. It was developed early on by the Welding Research Council (WRC) for extrapolating stresses on the nozzle by analyzing rectangular-loaded surfaces on a cylinder.

But since the nozzle isn’t included for cylinder-on-cylinder branch connections, the actual stress on the nozzle is unknown and merely inferred. The WRC 107 calculation only indicates the stress on the shell. This is problematic because if the T/t ratio <1, the high stress tends to move into the nozzle. Once a repad is added to a vessel, a <1 T/t ratio will almost certainly occur and cause issues if the stress was calculated with WRC 107.

Very similar to WRC 107 is WRC 537 which is essentially the same as WRC 107, but provides standardized curve fits and additional extrapolated data. And while this calculation is good for what it intends to do, curve fit calculations, by its very nature, will be slightly off. 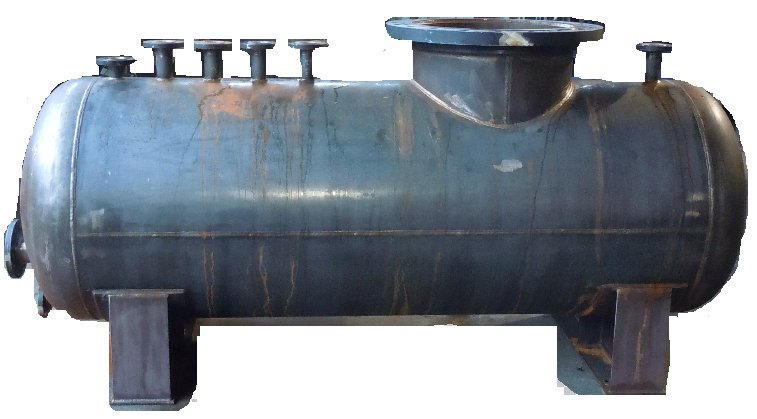 As previously mentioned, while WRC 107 and WRC 297 are great for simple and common stress calculations, they are inherently limited as they do not report on all the variables nor account for vessel pressure.

When you use finite element analysis to cross-reference your WRC 107 and 297 calculations, you can be sure there are no blind spots in your designs. That’s why Paulin Research Group created FE107 as part of the NozzlePro and FEPipe software packages. 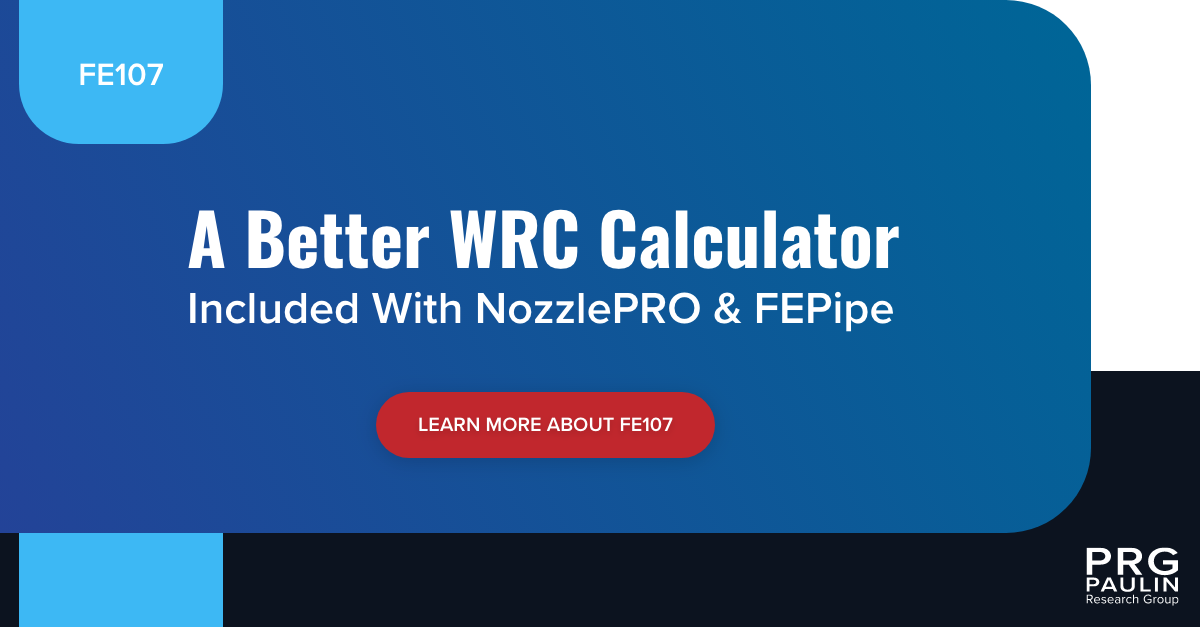 With FE107 you are to not only perform WRC 107 and WRC 297 calculations, but you can also cross-validate those results with finite element analysis. Leave no room for blind spots or unchecked pressures. PRG makes validating WRC calculations easy with only a click.

Another limitation of using WRC bulletins is that when you’re designing a head with multiple nozzles, WRC can’t account for stress when simultaneously modeling multiple nozzles. 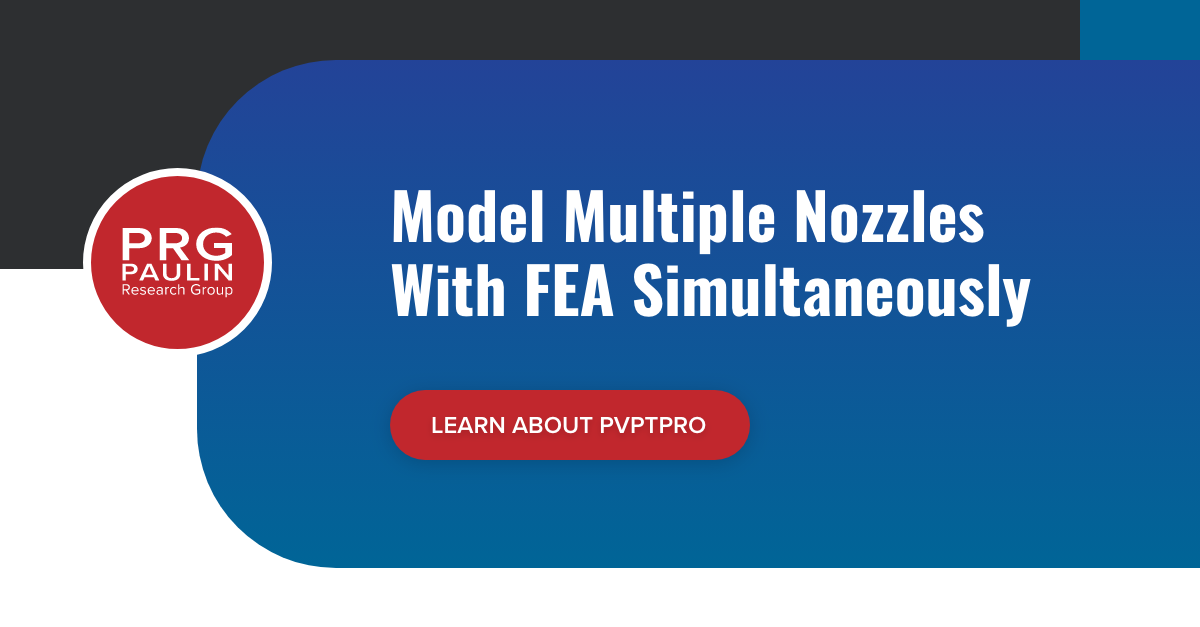 When you use PVPTPro – the latest design and analysis solution from PRG – not only can you easily perform FEA for your designs (without having extensive FEA knowledge), but you can also model multiple nozzles simultaneously. The best part? Like all PRG solutions, validation reporting only requires you to input variables, click, and export your report.

While WRC 107, 297, and 537 are great for quick and simple stress validations, they fail to provide the insights needed to verify your designs thoroughly. With PRG, using FEA to validate and report even your most complicated of pressure vessel designs is a breeze. 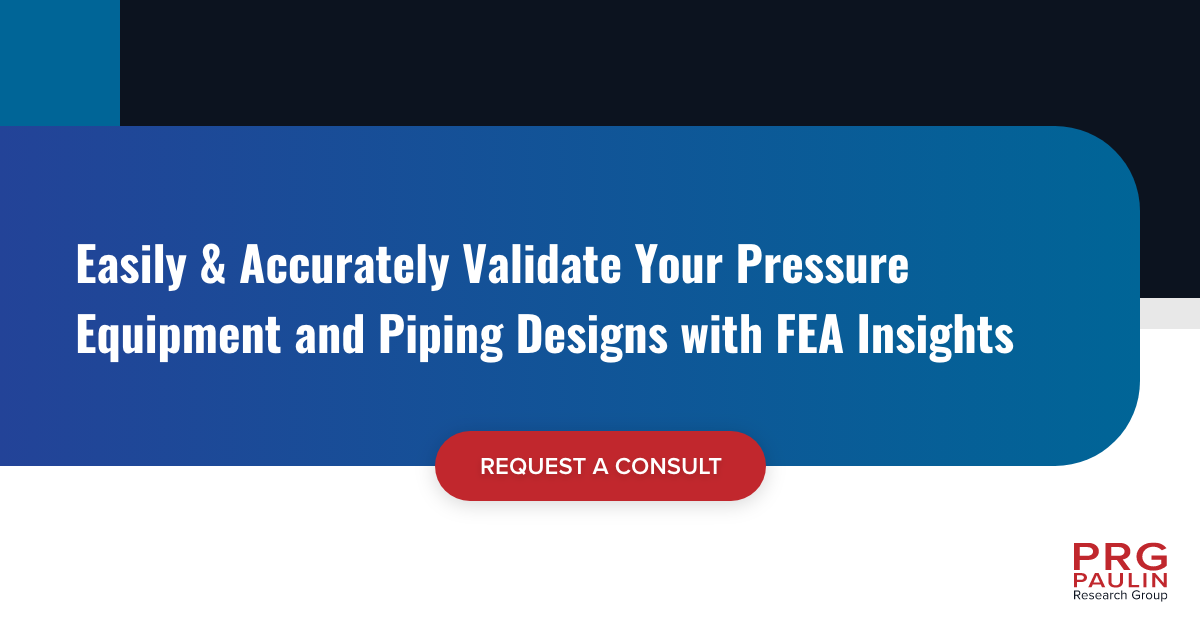 The pressure vessel systems that are interconnected by piping are widely used in petrochemical and process plants. If not accurately designed,...

As a pressure vessel designer or engineer, one of the most challenging areas when it comes to compliance is validating the design of your nozzles....