The Ultimate FEA Program For Nozzles 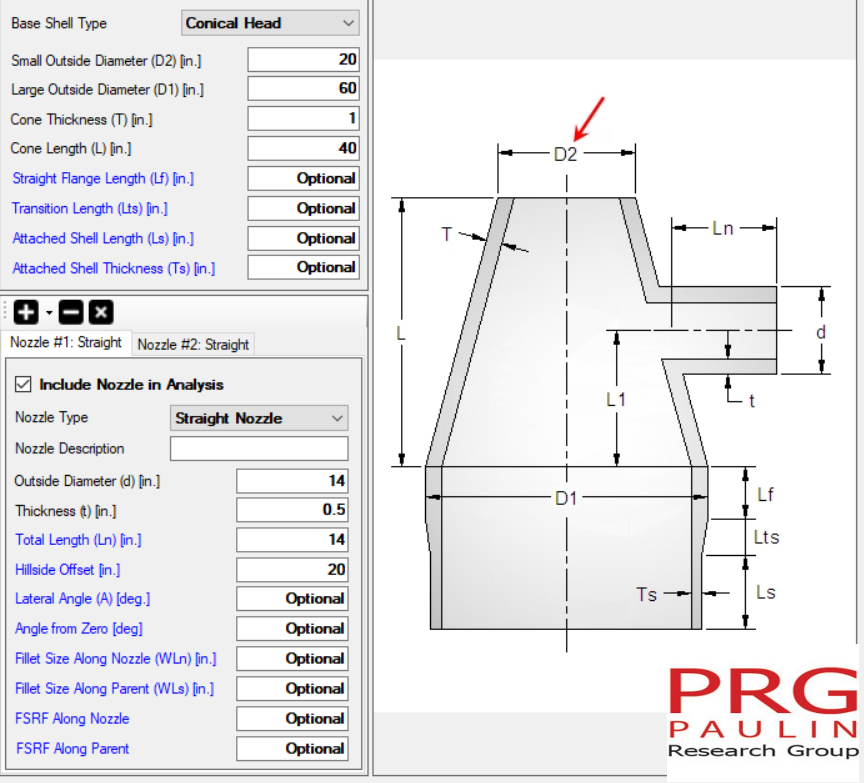 Go Beyond the Limits of WRC Calculations!

PVPTPro allows users to design ASME code-compliant models with multiple nozzles, spaced or tightly clustered and with or without pressure and external loads. The program uses a finite element analysis approach with 8-noded shell elements to properly solve code concerns where most common methods come up short.

Through FEA, vessel designers and engineers gain a comprehensive tool for stress analysis that outperforms other methods like WRC 107, WRC 297, WRC 537, and STP-PT-074.

Model clustered nozzle designs on a variety of shells, including:

All pressure vessels have nozzles, and all nozzles are subject to some sort of external load. Often, this can be overlooked during initial design, and what’s more, the supported methods that have been published can be limiting in their scope. With PVPTPro, calculations are provided to help you determine proper stresses, stress categories, and allowable stresses.

Bridge the gap between NozzlePro and FEPipe. PVPTPro allows you to simultaneously account for the effect of pressure and external loadings on two or more nozzles.

Quickly design and perform FEA on more complicated models with expanded geometric permutations and accurately account for all the nozzles impacting your pressure vessel's design, including:

What's more, nozzles can be located anywhere on the shell, including:

With various features and capabilities to automate and create efficiency for pressure equipment design and analysis, check out PVPTPro today!